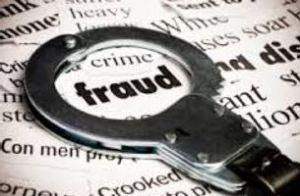 From Abraham to the cross, fleshly circumcision was a sign of the covenant between man and God.  When Jesus was resurrected, he took that form of circumcision away and introduce a new one (Colossians 2:11-15 IEB).   Jewish Christians (members of the Pharisee party, Acts 15:1-5) added the circumcision of the Law of Moses to the gospel.  Paul exposed this fallacy and warned the church concerning the consequences of this departure (Galatians 1:6-9).   This was a serious problem in the first century.

We know Paul was dealing with some who wanted to be justified by following the Law of Moses.  We also understand that the New Testament covenant is referred to as the “law of the Spirit of life in Christ” and “law of Christ” (Romans 8:2; Galatians 6:2).  Some want to make the law of Christ into the same kind of justification system which Paul condemned in Galatians 2:16.  Some do not believe such an effort is possible.  Is it?

Actually, the Jewish church continued to be zealous for the law (Acts 21:20), and Paul proved he kept it (Acts 21:24).  There are Jewish Christians today who continue to keep the Old Testament feasts such as Passover.  Jewish and Gentile Christians alike circumcise their male children.  If you have been, did your parents have it done because they wanted you to be justified by law?

As long as we do not make the law of Christ equal to what Paul wrote against, the warning of Galatians 5:4 does not apply to us.  However, we need to be careful and not turn Christ’s law into a law keeping system that will condemn rather than justify the practitioner (Galatians 1:6-9).

If we put our trust in the perfection of our obedience rather than in what Jesus did, aren’t we guilty?  If we believe our traditions make us more righteous than others, aren’t we guilty?  Can pride rob us of God’s precious gift (Luke 18:9)?  When we talk about salvation, emphasizing our works, while ignoring Jesus’ sacrifice, doesn’t our language collapses into boasting (Ephesians 2:9).  If we believe our obedience pays for (merits) our salvation, isn’t our faith foolishness?

“Therefore let him who thinks he stands take heed lest he fall” (1 Corinthians 10:12).