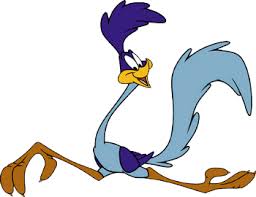 Luke tells us that Jesus was at Lake Galilee hemmed in by a large crowd.  He  got into a boat and pushed out a little before speaking.  The boat belonged to Simon Peter.  Another one nearby belonged to John.  When Jesus finished, he told Peter and John where to fish.  They netted so many that the net began to tear.  They managed to get the fish into the boat and each one was full.  Both Peter and John had fished all night and caught nothing.  Seeing this abundance and recognizing it as a miracle, Peter fell at the knees of Jesus and said, “Go away from me, Lord.  I am a sinful man!”  Jesus response to Peter, Andrew, John. and James was, “Don’t be afraid.  From now on, you will catch people, instead of fish!”  (Luke 5:9-10 IEB).

What is interesting is the next verse.  “The men brought their boats to the shore.  They left everything and followed Jesus.”  (Luke 5:11 IEB).

If they dropped everything and left immediately, aren’t there some unanswered questions? Who gutted all those fish and prepared them to dry in the sun?  Did they leave them to rot in both boats?  Did they not mend the nets nor hang them up to dry?  Did Peter leave so quickly, that he did not tell his wife or mother-in-law where he was going?  What about the others?  Did they just leave without saying a word?  I tried that once by going with a friend and not letting my grandparents know where I was.  My grandmother ripped me up one side and down the other verbally.  I hated discipline where an adult family member talked to me and left me feeling about 1″ tall!  I would have gladly accepted a “good” switching.  The pain didn’t last that long!  I felt it taught a lesson that was a lot more desirable to learn than a so-called “good talking”!

Yes, I know Jesus told a man to not look back who had said, “I will follow you, Lord, but first let me go and say goodbye to my family” (Luke 9:61 IEB).  However, Jesus wasn’t making it a sin for the man to say goodbye or tell where his family where he was going or how long he would be gone.  Jesus was showing the urgency need to tell people about the kingdom of God (v.60).

Is it possible for a person to leave “everything and follow Jesus” even though he takes the time to kiss his wife goodbye and lets his mother-in-law know that he isn’t skipping out on them?  Does one love Jesus less if he goes home and slips on more comfortable walking shoes or changes into an everyday outfit rather than what he was wearing while fishing?  Is one not leaving everything because he takes time to turn over his responsibilities to a family member or make arrangements for his family to be taken care of?  One is still leaving all behind and following Jesus, is he not?  Besides, the passage doesn’t say,  “They immediately left everything and followed Jesus.”

Since most church members have never gone overseas to preach Jesus in a foreign country, leaving family behind, does that mean they have neither “left everything” nor are they “following Jesus”?  Don’t we sometimes read into a passage what is not there and end up with burdens that were never introduce by our Lord?

Don’t we sometimes make the Christian life into one of “ought,” “discomfort,” “fear,” and “guilt” when it should be one of peace, assurance, happiness, joy, and love?