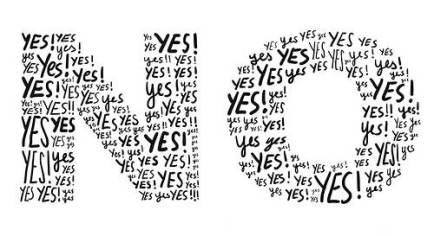 Have you ever had prayer fatigue?  Are your prayers rewarded with two steps forward but a loss of three?  Why does God’s answer always seem to be “No”?

How did the father feel when the best doctors that money and influence could buy, just shook their heads and shrugged their shoulders, as his young daughter kept slipping away?  Was God telling him, “No”?  What about the woman who hemorrhaged for twelve years, spent her money on doctor after doctor without success, and was avoided by society?  Didn’t God say, “No” time and time again?  Why do bad things happen to good people?  Faithful people?  People who are giants in the faith?  Why did God keep telling them, “No”?

James informs us that “the prayer of a righteous man is powerful and effective” (James 5:16).  If so, weren’t there any righteous people praying during either one of those captivities?  What about Daniel, Shadrach, Meshack, Abednego, Esther, Mordecai or Ezekiel?  Weren’t they righteous?  Why was God’s answer to them, “No”?

Sometimes good people are born with a bad taste in their mouth rather then a silver spoon.  The Power Ball always finds ownership with someone else.  The best luck some find is always bad.  Life is a drag with no lift.  Murphy’s Law is their experiment in life.

Some folks want their pie in the sky, now!  Perhaps, in one way or another, we all do.  Yet, when this life is over, what then?  If you amassed several billion dollars, where will you spend it after you’re pronounced dead?  You may be the most popular person in the world, but what will that notoriety buy you in the grave?  One hundred trillion dollars could be spent to put your funeral service into the Guinness Book of World Records, but you would never know it nor benefit from it.  Your earthly inheritance would only be a marble marker.

On the cross, when Jesus asked, “My God, my God, why have you forsaken me?” didn’t God say “No” to Jesus in order to say “Yes” to us?  Jesus made it possible for us to have an abundant life that time cannot erode.  This life may be harsh, but this isn’t all there is.  You cannot take material things with you in that walk through the valley of the shadow of death.  When death comes, only your faith and trust in Jesus will comfort you as you exchange this life for one that is eternal (Matthew 11:28-30; Acts 2:36-41).