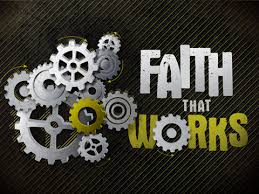 Paul informed the Corinthian assembly that they possessed the different miraculous gifts of the Spirit (1 Corinthians 12:11-14).  This allowed them to teach God’s word.  The Spirit reminded them of things which they had forgotten (John 16:26).  He revealed things concerning the future (John 14:26).  Yet inspiration did not guarantee that one would fully understand and follow what was being taught.

Possessing the Holy Spirit did not make one a mental giant!  Although  inspired prophets and teachers were in the Corinthian assembly, division closed their minds to the truth and confusion reigned (1 Corinthians 14:40).  Paul was concerned that they might disregard his letter.  Inspiration did not always produce the results an inspired apostle or prophet desired.  Peter stated, “In truth I perceive that God shows no partiality.  But in every nation whoever fears Him and works righteousness is accepted by Him” Acts 10:34-35 (NKJV), yet his fear of what Jewish brethren thought, caused him to be in conflict with the truth he had formerly mentioned (Galatians 2:11-14)!

Today, one may carry a Bible under his arm, or have a Bible app on his phone, but still keep sin in his heart.  One may claim holiness because he is “a member of the church,” but bring shame and reproach upon the name displayed on the street sign or church building.  One may proudly wear his Sunday best for four hours each week, yet live as if there is no God the rest of the time.

Some Jewish brethren portrayed Paul in a bad light even though he was an apostle of Jesus.  They had little or no respect for his apostolic authority nor the Spirit’s instruction given through him.  He even warned the Corinthian saints, “Now some are puffed up, as though I were not coming to you.   But I will come to you shortly, if the Lord wills, and I will know, not the word of those who are puffed up, but the power.   For the kingdom of God is not in word but in power.  What do you want? Shall I come to you with a rod, or in love and a spirit of gentleness?” 1 Corinthians 4:18-21 (NKJV).

If folks could misunderstand the inspired words spoken by an apostle in the first century, it follows that the same thing can happen today when those who hear that inspired word, reject it.  Hearing is one thing.  Applying it is another.