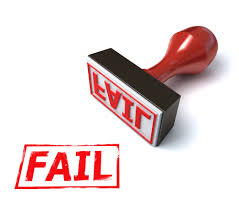 What if you were living in the first century?  You were looking for a place to work and worship that followed the old paths.  You would not have to look far because you would be living in the premier century that produced the soundest of the sound.  Most assemblies owed their existence to an inspired individual.  Surely the Holy Spirit would inspire each gifted person with the truth, the whole truth, and nothing but the truth?  Who wouldn’t feel secure with the Holy Spirit guiding those in the pulpit, classroom, and elders’ meetings?

You locate someone that is a Christian.  You ask where the church building is located.  You receive a strange look and then a question, “What is a church building?”  You draw a mental picture of  a church building with its auditorium, pews, pulpit, Lord’s table inscribe with Luke 22:19b on it, baptistry, staff offices, classes, paved parking lot, sign out front with name and time of services, and next door, a preachers house.  He tells you he has no idea what you are describing.  He and his family meet in a member’s house with several others to be edified.  The rest of the congregation meets in small groups in over one hundred homes throughout the city.  You ask if they are sound.  He reassures you that their membership has elders and they were established by divinely inspired teachers.  He informs you that they have an abundance of Spirit gifted members.

You ask how it is possible for the elders to oversee their flock if it isn’t corralled in one building each Sunday morning, evening, and Wednesday.  He informs you that the overseers visit the different house assemblies in their daily meetings to encourage and teach.  You’ve never worshiped with a congregation that didn’t own a church building.  But, since it is the only congregation in town, you like Paul, join (Acts 9:26).  You are assigned to the nearest house assembly.  You aren’t comfortable with this “no building” philosophy and all the elders not being present in “the auditorium” on Sunday morning to oversee the flock. But, you have no other choice.

One Sunday a prophet visits one of the house assemblies and tells about a congregation up north that has members who don’t believe the dead will be resurrected.  Not only that, but they have divided into four different denominated groups.  Some say they are following Christ, Paul, Peter, or Apollos.  Each of those divisions have other spiritual problems that are just as serious.  You ask one of the overseers if the body of believers here are going to “mark” them as digressive and withdraw fellowship.  His response bewilders you!  “No, we’re going to practice patience.”  “What?  Practice patience with sin?”  Would you continue to have fellowship with those “patient” brethren?  Would you question their soundness and your worship with them?  Wouldn’t you be troubled over the question of whether your contribution implicated you in the support of sin since the elders refused to do anything?  Wouldn’t you see their “patience” as refusing to “stand for the truth”?

The saints up north were in Corinth and you are in the congregation all of the apostles belong to!  Almost every congregation had its spiritual problems in the first century.  If that wasn’t so and each was as perfect as one could possibly be, the New Testament would be a lot smaller in size.  Some had serious problems, but though correction was needed, it did not arrive overnight.  Apostles and prophets were patient.  God’s grace continued to work.  Corinth was the only one where individuals divided and formed new groups with their identifying names.  Paul gave the solution, not just for their problems, but to all of the body of Christ.  That solution was spelled agape in Greek or “love” in English (1 Corinthians 13).  Love for God and for one another.

Have we restored THAT?