OPINIONS ON THE LORD’S SUPPER 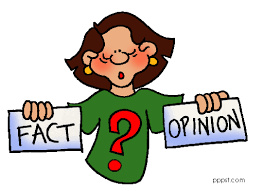 It is interesting that some believe the only thing which may be said prior to partaking of communion is the dialogue found in the Lord’s supper passages.  If so, which one will we use since they are different?

Since both Luke and Paul use the expression, “this do in remembrance of me,” are we obligated to follow their wording?  If we must say those words each time, why didn’t Matthew and Mark tell their audiences to do it?  If there are a variety of statements, isn’t it left up to the judgment of the one who is presiding?  Paul stated what Jesus did and said, but no command is given requiring us to repeat a specific phrase (1 Corinthians 11:23-26).  If so, which one?

Since Matthew records Jesus using several more words for the cup which are not contained in Mark, Luke, or Paul’s passages, did he add to the Bible?  Since Mark, Luke, and Paul have less dialogue, were they deleting from God’s word?  Matthew uses the expression “remission of sins,” but the others do not.  Those passages show that even the writers did not quote Jesus word for word.  Where does Jesus or the Spirit demand that the same event, when introduced, must be quoted word for word?  Wouldn’t that view be an assumption based upon one’s preferences rather than “a thus saith the Lord”?

Some argue that one must merge all four statements together to see what Jesus said.  Of course, that demand is made by people who live in a culture where we may purchase multiple copies of the Bible in several formats.  We also may have the Bible on our desktops, laptops, iPads, and iPhones!  Such was not the case in the first century.

Although copies of the 27 New Testament letters were circulated early, they were not bound as “The New Testament” for several decades after inspiration closed.  For example, the eunuch’s only scripture was Isaiah.  What would he know about the Lord’s supper, much less a dialogue used while instituting it?  Did God hold that against him?  What about those that were in possession of Matthew’s account but did not see Luke’s, Mark’s, or Paul’s for another ten to twenty years?

Some believe, to be scriptural, one must take all four accounts and merged them together and use that united statement in the communion.  Yet, where is the passage that makes that demand?  Where would such a rule leave the eunuch and many others?  What is being demanded is little more than the commandments of men.  That is condemned (Galatians 1:6-9; Revelation 22:1-19).

Other than Jesus making a few statements to introduce the symbolism of the loaf and cup, nothing is given as a prescribed dialogue illustrating what must be repeated prior to its serving.  According to Jewish custom, they were reclined around a table large enough for thirteen men.  They were in the process of feasting upon the Passover meal.  Each man had brought his own personal drinking cup for the Passover liquid.  The apostles had prepared the lamb according to biblical instructions.  During that meal, probably at the beginning, Jesus rose and washed their feet (John 13:1ff).  They had argued over who was the greatest.  Peter rebelled at Jesus washing his feet and later when the Lord was talking about his death.  Beginning with the third of four Passover cups, Jesus began to institute his memorial supper (Luke 22:14-20).  The bread that was eaten was unleavened loaves.  The fruit of the vine was the customary drink of the Passover feast.  During the Passover meal, as well as when Jesus instituted his communion, each broke off a piece from the loaf and passed it to the next person.

To demand actions during the Lord’s supper which scripture does not mention, is to make laws that God has not introduce.  It is true that in most churches that “do this in remembrance of me,” the “doing” isn’t following the specific way Jesus and the apostles observed it.  We don’t recline at a table.  We don’t argue about who is the greatest.  The one who presides at the table doesn’t wash our feet.  We don’t all meet physically around a table as they did.  We have a few “servers” meeting behind it but no one eats at it!  To make a piece of modern furniture into the “Lord’s table” misses the biblical point!  We don’t receive a loaf of bread, break off a portion for our self, and pass it.  We are served a plate with unleavened crackers or bite size squares called “bread” and we pass that plate to the next person on our pew.  We are not reclined at a table.  We have men who serve the elements to all who are present.  They didn’t, but simply passed along what was given to them.  Is the way we do it, wrong?  It would be if we demanded that others practice it “the scriptural way” as we are doing it!  When Christians focus on the communion ware, the small table, or the size of the elements, rather than what they represent, we may not be partaking of the Lord’s supper!

It is amazing how human beings will create rules and regulations as if they are the word of God!  Sadly, Phariseeism is not dead.