Was not Abraham our father justified by works, when he had offered Isaac his son upon the altar?  Seest thou how faith wrought with his works, and by works was faith made perfect?  And the scripture was fulfilled which saith, Abraham believed God, and it was imputed unto him for righteousness: and he was called the Friend of God.  Ye see then how that by works a man is justified, and not by faith only. James 2:21-24 (KJV Emphasis mine, RH) 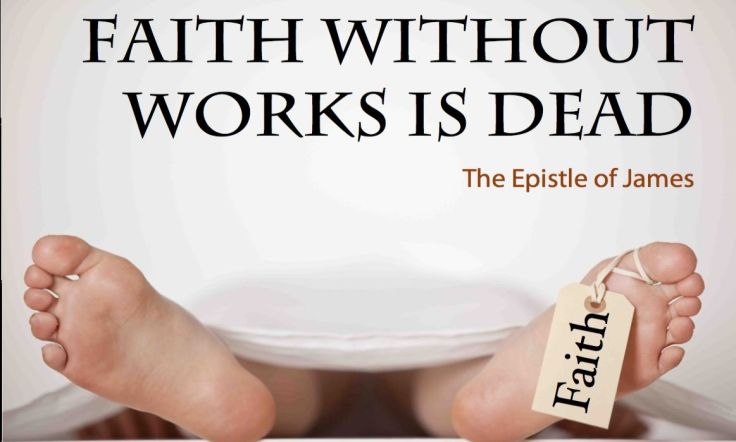 I believe baptism is important.  It was commanded (Acts 2:38; 22:16; 10:46-48).  Those who gladly received God’s word readily submitted to this command (Acts 2:41).  Some use James’ illustration on Abraham as proof that baptism immediately follows the candidate’s faith so his dead faith may be made alive in his obedience or work.  However, does James 2:21-24 tell us Abraham’s work, the offering of his son, immediately followed his faith?  Abraham’s faith is recorded in Genesis 15:6 where God counted it, at that time, as righteous.  Paul affirms this in Romans 4:1-3.  Abraham’s faith is not referred to as a dead one from Genesis 15 until the work of Genesis 22 is accomplished!  It was 25 years after Genesis 15:6 that he offered his son Isaiah as a sacrifice (Genesis 22:3-9).  Using that passage in the way it has often been presented, contradicts what the person utilizing it wishes to prove.

If the baptism of Acts 2:38; 10:46-48; and 22:16 is parallel to the example of Abraham, as given by James, one could believe and wait 25 years to be immersed.  His faith, like Abraham’s, would be counted as righteous during that waiting period!  Can you imagine being counted as righteous by God, but it would be impossible to be justified until you offered your son 25 years later?  To put it another way, you may be counted righteous by God, but you are spiritually dead for 25 years until you offer your son?  How could Abraham, who is counted as righteous by God, achieve justification when the act that accomplished that goal is impossible to procure since that son has not yet been born?  To parallel that, wouldn’t it be like Peter saying “Repent, but you can’t be justified because we’ve got to wait 25 years to find out what command follows repentance”?

James uses Abraham as an illustration to prove that a living faith is one where his ultimate obedience of offering his son wasn’t for the purpose of being made righteous, but as proof of a 25 year long living faith.  There is no contradiction between James 2 and Paul’s Romans 4 passage.  So, how do we tie Acts 2:38; 10:46-48; and 22:16 to James’ statement about Abraham to teach immediacy?  The baptism stories stand on their own merit, showing that once a person was convicted, he sought to be immersed in water soon after his manifestation of faith.  James isn’t writing to alien sinners, but to those who are already in Christ and need to continue strengthening their living faith (James 1:1, 19; 2:1, 14; 3:1, 10; 4:11; 5:9-10, 12, 19).